Panic attacks: how to help another person

Kegan was driving home after spending a weekend with his friend who lived a few hours away. Suddenly, on an impulse, he decided to drop by a small town where his parents used to own a summer house. He hasn’t been there for many years: when his Dad passed away at 45, Mom sold the house. She could no longer take care of it by herself… It was a long time ago. Kegan himself would be turning 45 in a week… He walked around the town and saw that their old house is no longer there. It was demolished and a new modern house was built in its place: the huge bay windows were reflecting the evening sun. Kegan felt a ping of pain in his heart and suddenly remembered how his grandma used to say that in their family men don’t live past 45. They don’t survive – they give way to the young. As if the family is cursed: it happened to his granddad, it happened to his dad… Now there is this brand-new house instead of their old one… Kegan shook off the haze, got into the car, and drove home. On the way, he picked up a hitchhiking woman who needed to get to the city. Suddenly, while he was driving, Kegan experienced a panic attack. At first, he started shivering. He felt that his T-shirt got stuck to his back, his hands went cold, and he felt as if the air stopped entering his lungs. Kegan felt so scared as never before in his life. But what he was scared of – he couldn’t explain later. He turned the steering wheel and stopped, almost sliding into the ditch. Unlike Kegan, the woman immediately understood what was happening to him. She took him by the hand and started guiding him on how to breathe. Kegan could not hear anything, but he recognized one phrase: “You are not dying, it is just a panic attack. It will end soon! You need to breathe!”. It turned out that the woman was a psychologist. She gave him a paper bag and asked to breathe into it. Then she started asking various questions. For example, “What do you hear right now?” Kegan thought that this is a stupid question, but tried to pay attention to the sounds, and felt that the attack was receding…

Any of us can experience a situation like this. You can be next to a person overwhelmed by a panic. It would be useful to know how to help them.

How to help another person who is experiencing a PA:

This way you are helping the person realize and accept their state. This is important, since “I am having a panic attack” is much better than “I am dying”.

Then you can describe what you are observing: “Right now you may feel … and therefore you can do … There are various helpful techniques, but to begin with, let’s try breathing, OK?”

Any technique from the previous articles will also be useful. The toolbox that we created for you will be helpful in this situation too.

That’s basically all we wanted to tell you about panic attacks and what to do if one suddenly happens.

Let us repeat one more time that panic attacks always have reasons. But, as a rule, they are deeply hidden. It is better to look for them together with a guide, a psychologist.

Kegan, by the way, also started seeing a psychologist – the same very woman who helped him when he was driving home. She gave him her business card. Turned out that the grandma’s prophecy “the men in our family don’t live past 45”, in conjunction with the new house that replaced their old home awoke the fear of death in Kegan. He tried to ignore it, but the fear showed up in a different form.

Panic attacks can be cured! We know many cases like this! And this is encouraging, isn’t it? 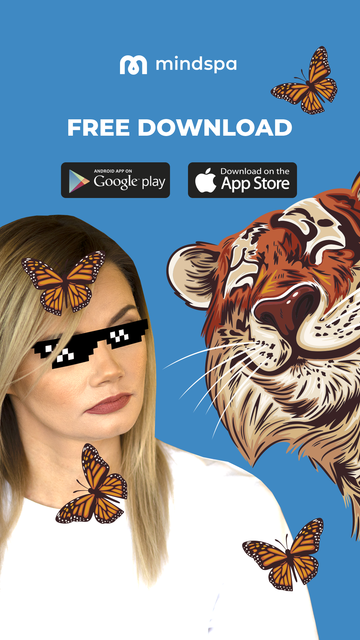 I want to be a psychologist, but…